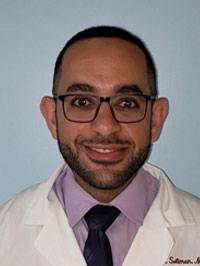 Dr. Soliman is a graduate of Ross University School of Medicine from Dominica, West Indies. Upon graduation, Dr. Soliman spent one year as a surgical resident at New York Medical Center and most recently completed his family residency at BronxCare Health Center in New York and is currently finishing up his master’s in Public Health from George Washington University. In his spare time, Dr. Soliman is a member of the Coptic Medical Association of North America, where he travels to third world countries giving medical care to local people who could not afford it. Dr. Soliman grew up in New Jersey and enjoys playing spending time with his wife, playing basketball, and studying history. Dr. Soliman is fluent in Egyptian Arabic.